Schools Can Play an Instrumental Role in Empowering Young Leaders

From encouraging dialogue on mental health to initiating grassroots fundraising efforts for pediatric cancer, students across the country are choosing issues they’re passionate about and generating real change. Parents, educators and community members may ask a pertinent question: how can we develop this initiative in every child?

While some might view leadership as an innate quality, new research commissioned by Lead4Change suggests that students can emerge as leaders with the right school curriculum.

The independent research study measured change in key leadership skills in middle and high schoolers who completed the Lead4Change Student Leadership Program, a curriculum that teaches students to lead, create and implement team projects to meet a need in their community. Before and after participating in the program, students completed a survey that measured several different behavioral factors.

The study found that students experienced significant changes in their growth, including leadership skills (60 percent of students improved), respect for others (54 percent) and ambition and innovation (53 percent). Fifty-six percent of participants gained greater commitment to vision — they were more capable of describing a compelling image of what our future could look like and were able to identify milestones to reach that vision.

One example of the program’s success was at Wantagh Middle School on Long Island, N.Y. Following a school survey that measured students’ mental health, a young student group melted old crayons to create aromatherapy candles to reduce stress. Proceeds were donated to the Born This Way Foundation, an organization committed to supporting young people’s wellness. Students also took their story to the school board, requesting action. They led efforts in their school to create designated quiet restorative rooms.

“We learned to embrace failure and use it as a tool to get better,” says Patti Andreolas, a teacher who oversaw the project. “It became more about the journey and watching the students evolve.”

The survey also examined specific qualities integral for leaders, finding a statistically significant increase in students’ ability to engage, motivate and guide others to achieve goals that result in their desired changes. For example, after the Lead4Change program, students at Menchville High School in Newport News, Va. were united by a drive to improve their community, developing a comprehensive plan that included collecting food, volunteering for a local food bank, participating in anti-bullying campaigns and creating a “Teacher Positivity” campaign.

“As a group, we learned to incorporate everyone’s ideas and delegate work to achieve our main goals,” says Ashley Johnson, a 10th grader involved in the project. “Personally, the project helped me with prioritizing, time management and learning to balance responsibilities.”

While making an impact can seem difficult due to the complexity of issues affecting communities, leadership curriculum gives students the skills to address these matters head-on. The study found that younger students and those with lower scores at the start of the program benefitted the most from participating, demonstrating that anyone can become a leader when the proper skills are nurtured. (StatePoint) 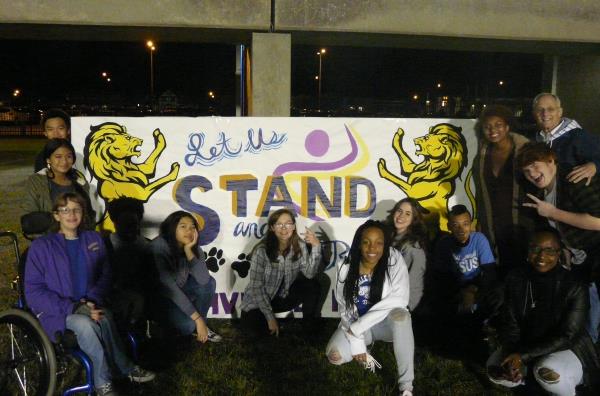 Take Care of Yourself with Siren Supplements

The Latest in Wellness & Self-Care